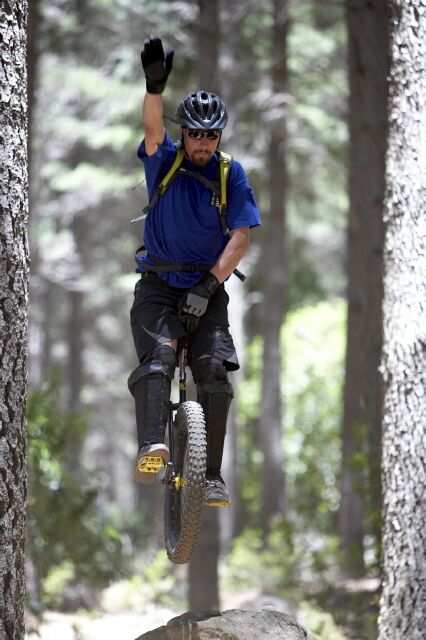 Johnny Cronje is a 5th year medical student at the University of Cape Town.  He has been riding for just over 3 years, mainly Mountain Unicycling and Trials.  In 2009, he won the South African Downhill Mountain Unicycling and the South African Trials Championships held at the AmaOneTya Convention in November.  He has raced in several local Downhill bicycling races including the Red Bull Urban Assault.  Whilst Downhill is his passion, he also rides (bicycling) Cross-Country races, competing on an ungeared 29er unicycle.  After obtaining his 36er, he competed in the largest organized cycle race in the world, the Pick and Pay Argus Cycle Tour, held in March in Cape Town, South Africa.  He finished this 109km road race, in a time of 7 hours 2 minutes.

Johnny has plenty of experience in camping and multi-day unsupported hiking in wilderness areas throughout the Western Cape.  Johnny is also an avid fire dancer and water polo player.