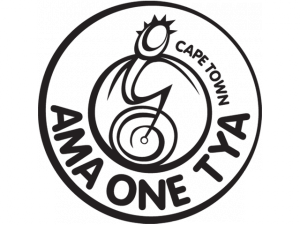 AmaOneTya is a Cape Town based community website dedicated to the sport of Unicycling. Started in 2008 by Brent Boswell, the idea for the website and name was a brainstorm between Brent and Justin Shaw. Both were novice unicylists as the time, but the instant love for unicycling drove the idea and ultimately the creation of AmaOneTya.

AmaOneTya has a wealth of information on Unicycling which includes learning to ride, tricks, maintenance, unicycle types and sizes, and where to purchase unicycles. Included in the site is a Forum to be used by members of the community to communicate with each other.

AmaOneTya has had a slow but steady growth in participation by people from around South Africa with most parts of the country represented by someone on the Forums. Although the unicycling community is relatively small they are by-and-large a very pationate and determined bunch of indivuduals. This is most evident in the fact that they actually have spent the time learning to ride a unicycle. While this feat is not impossible, and once able to ride it is like riding a bicycle, the very steep learning curve is daunting all that attempt to unicycle with only those most determined successfully managing to ride.