« Can you see it?
CounterBalance Thanks YOU! »

Well, look at us now.

So over the weekend CounterBalance unicycled from Durban to Cape Town, no biggie. 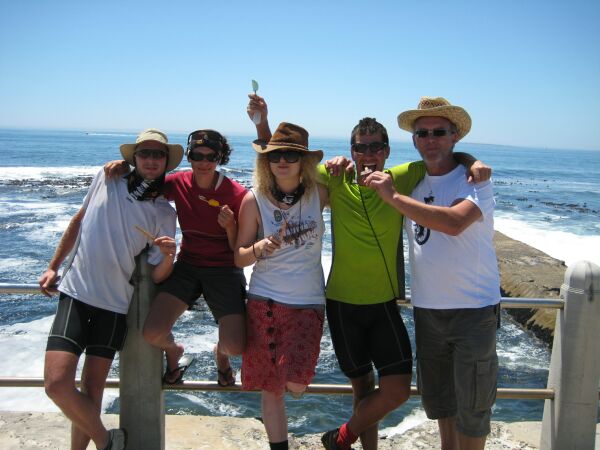 Well, it was a bit more than just the weekend. More like 44 days. They finished the distance on Saturday, is what I meant. Sorry for being vague.

They also did the whole thing off-road. Through mountains. And swamps. And rivers. And through a whole lot of Karoo, which as it turns out, isn’t really flat at all.  Or as dry as everyone says. They got lost a whole bunch of times, and so did their driver, who in her defense was often left with no more deeper instructions or intuition other than “drive south”.

Sometimes there were snakes. Sometimes there were Zulu chieftains with big sticks sculpted for beatin’. And sometimes, there were acacias. Actually, that should be more like “60% percent of the time, there were alien plants that can talk to each other and become poisonous at will when under attack, aside from being armed with massive thorns everywhere”.

There was bad weather. There were rainstorms which fed river beds that had been dry for so long that people built roads through them. It got so hot that the unicyclists almost leaked all of their wet bits out through their sweat glands. There were mosquitos. There were steep climbs, rugged terrain, and perilous passes for one-wheeled and four-wheeled road users alike. There was at least one incident where coordinated team effort was required to dislodge the PeopleWagon from something like a Jurassic tar pit.

There were also some places so amazing that no picture could ever relate how panoramic the view was, or how small we felt next to it. Some landscapes that stretched out so far, that no amount of craning backwards with the camera could take in the vastness. There were glimpses of animals that disappeared in a blink, and on some days lighting painted the skies with snaking tendrils for the briefest moments while thunder crackled through the air like hammer. South Africa blossomed under our feet as we walked the beat of the road less-traveled.

Man, what am I waxing on about, here? South Africa is a beautiful country and we were extremely privileged to see the world beyond the N1 and the N2. I’m serious, we went so deep into the Transkei that Google Himself couldn’t find us. We met and were housed by some people who were as beautiful and wonderful as the country, and ran into some people that I’m pretty much going to compare to those acacias I keep going on about, and leave it at that.

This journey was unlike anything any of us have done before. Or anyone else, for that matter. Seriously, this is the first time anyone’s covered Durban to Cape Town, coast-to-coast, off road, on a unicycle, of all things.

On Saturday, we arrived at Mouille Point lighthouse to an amazing, receptive crowd. Friends, family, supporters. Johnny, Alan and Donna were joined by an impressive posse of unicyclists and bicyclists, among them David Waddilove, our crazy master-mind who pioneered the Freedom Challenge, Marcel Sigg from RunRideDive, David Eave who, um, knew the way, and Ron Rutland from Bobs for Good legged out on his very own two as a jogger! It was a positively heartwarming welcome home after 44 days on the road, and to everyone who came – we’re deeply touched. 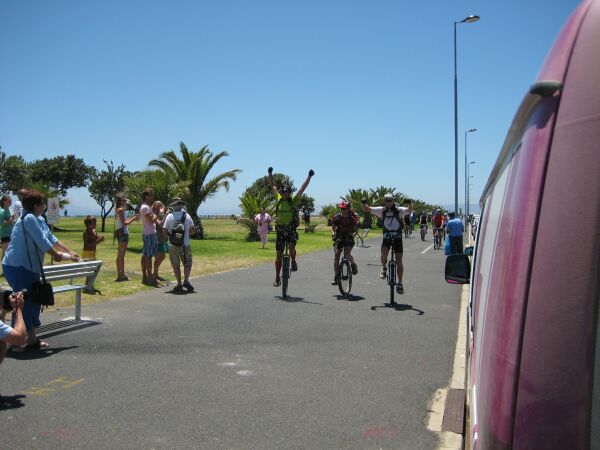 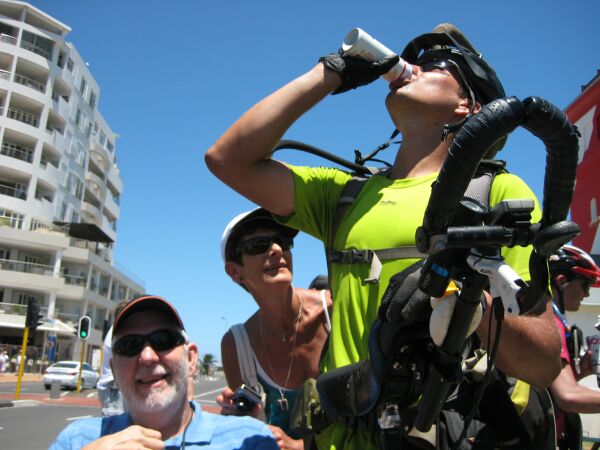 Our tour is over, but our project isn’t. We still desperately need to raise money for the 2,000 pairs of shoes we want to raise for Bobs for Good – our thermometer hasn’t moved much at all since the holidays. We’re reaching out to the public, to small businesses, to you – every little bit helps.

We’ve seen and stayed with people who have so little, and have made us realize over and over how fortunate we are – and how far a pair of shoes can go to improve a child’s upbringing.

Please help us raise the capital we need to meet our goal.

Again, to everyone who’s been following CounterBalance through our journey: 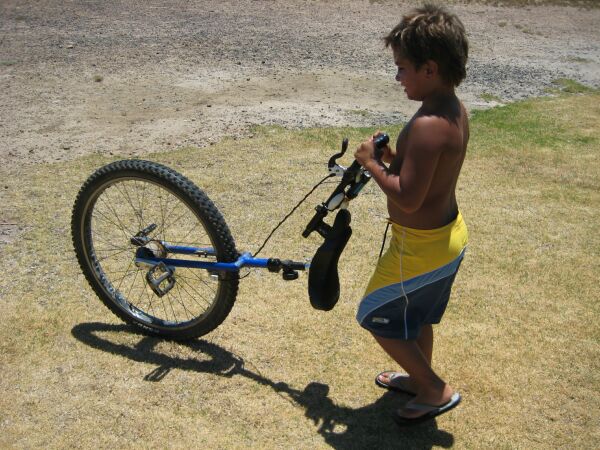 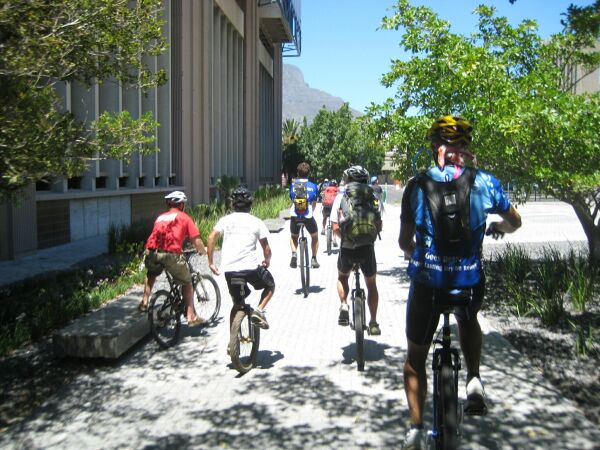 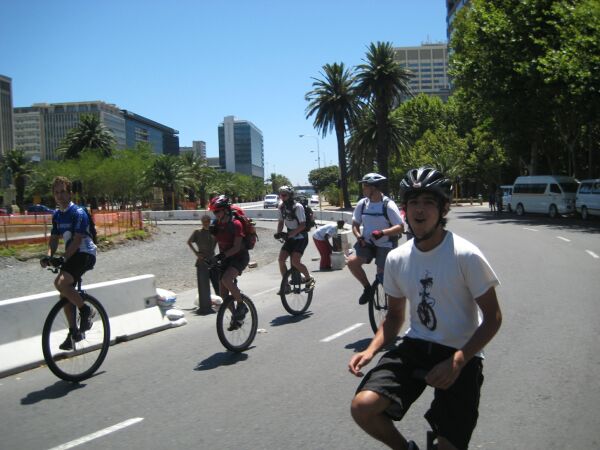 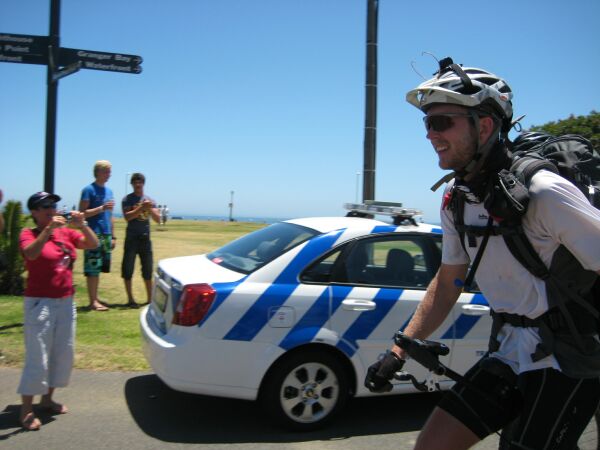 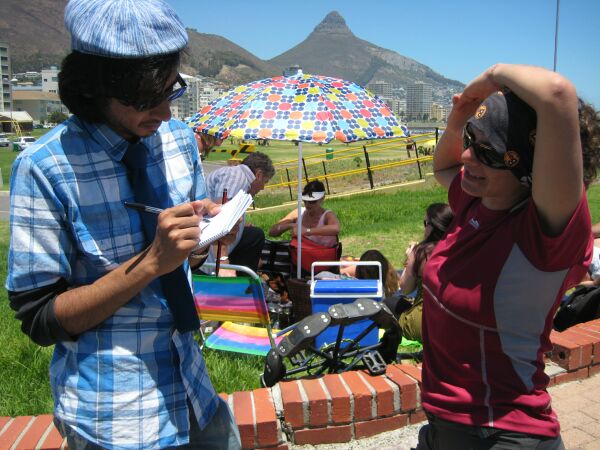 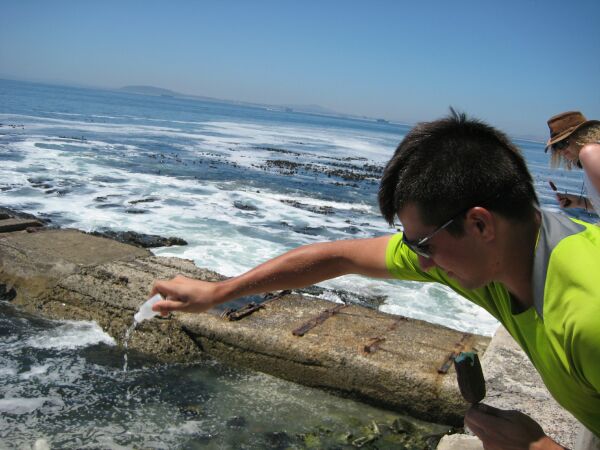 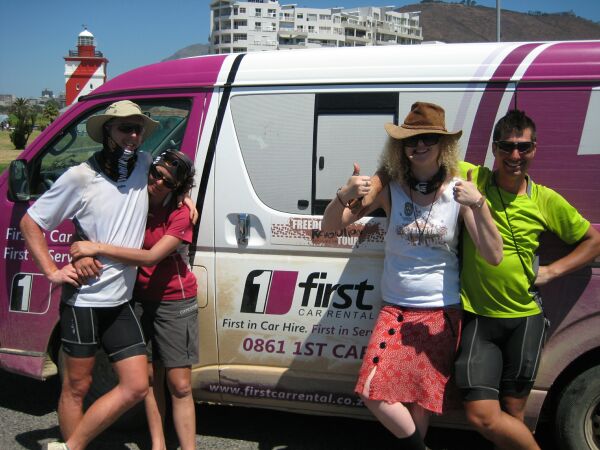 This entry was posted by on 11/01/2011 at 21:45, and is filed under Uncategorized. Follow any responses to this post through RSS 2.0. Both comments and pings are currently closed.